Health and safety is our top priority

The ISU World Figure Skating Championships 2021 at the Ericsson Globe Arena in Stockholm are just five weeks away. An unforgettable week during which the world’s top figure skaters will compete for a raft of Championship titles. The health and safety of skaters and their teams are our absolute top priority. The entire Championships will be held in a so-called “bubble” where everyone will be tested and quarantined in the Globe arena and its on-site hotel.

The bubble concept means that all skaters and their team members are tested before they travel to Sweden and again on arrival. At that point, they enter a “bubble” which means that competitors and their team do not meet anyone outside the bubble during and after the Championships. Competitors and teams are quarantined at the hotel adjacent to the Ericsson Globe Arena. This means that they have no contact with journalists or anyone else outside the bubble.

The entire Championships are being held in close co-ordination with the Swedish authorities. Arranging sporting events in bubbles has become a proven concept during the pandemic. We have become accustomed to watching sports in this way. It is important for skaters to compete and for us to watch and enjoy figure skating. 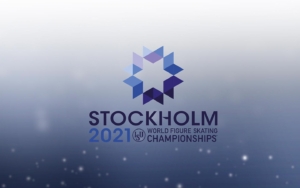