With just five weeks to go until the ISU World Figure Skating Championships 2021at the Ericsson Globe in Stockholm, the Organizing Committee is working around the clock to prepare for the event. This is an extremely intense and unbelievably excitingperiod. We are proud to welcome the world’s figure skating stars to Stockholm. A Stockholm which at the moment has a distinctly winter feel – with snow and ice covering our beautiful capital city. Stockholmers relish winter and many of them skate on the city’s frozen lakes.

Given the pandemic, however, we have of course had to change how we host the Championships. We are focusing on putting on a World Championships where the world’s best skaters can compete safely. Health and safety for all participants is our top priority. The entire competition will take place in a so-called bubble, in which all skaters and their teams are tested and isolated in the arena and the hotel at the venue. The hotel is immediately adjacent to the competition arena, which facilitates the bubble concept.

Unfortunately, the Championships will not be the public event we had hoped for. We will not be able to have spectators at the venue. However, I hope that everyone who loves figure skating will be glued to their TV screens and follow the Championships from home. We have five intense days of fantastic figure skating, in four disciplines: men singles, ladies singles, pairs, and ice dance. 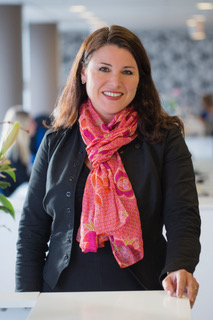 Health and safety is our top priority