Today sees the release of “Circles and Squares” by global artists Måns Zelmerlöw and Polina Gagarina. Not only is the single their first project together, this is also the official song for the ISU World Figure Skating Championships 2021 which will be held at the Ericsson Globe in Stockholm in March.

“We wanted to write a song with a slightly serious tone and at the same time bring out the beauty that exists between two figure skaters, the passion, the art, and of course mutual respect. This is mirrored in the arrangement of the song that has an intro full of expectation before we bring in the full orchestra that takes the song to the heights we wanted to hit,” says Stefan Örn.

The songwriters wanted to create a soaring sound, which they did by recording the song in the historical Atlantis Studio. Everything was recorded live, with the exception of the string orchestra which was recorded by Erik Arwinder.

“It’s always fantastic to start with an idea, and then develop it into a full-scale production. Few people have the privilege of working at this level, and I’m humbled to have had this opportunity. Circles and Squares is crafted by a team that I’m proud to work with and right now we’re looking forward to the release of this world-class track!” Örn adds.

“It feels great that Polina and I have been entrusted by the Swedish Figure Skating Association to do the official song. I was extremely impressed by her as a singer back in 2015 in Vienna,” says Måns Zelmerlöw.

“I think Circles and Squares is a very direct and romantic song, which is just how I see figure skating! I hope that figure skating fans and music lovers alike will enjoy the song,” says Polina Gagarina.

The music video that accompanies the single will be released on February 28th. It tells a story, in which we see Måns as a caretaker of an ice rink, where he works hard every day. One day, he sees Polina figure skating. In their dreams, they meet as a figure skating couple and we get to follow the dramatic and theatrical events as they unfold on the ice. The video, which will be released on YouTube, is a production made at Husby ice rink, north of Stockholm, at the beginning of 2021. 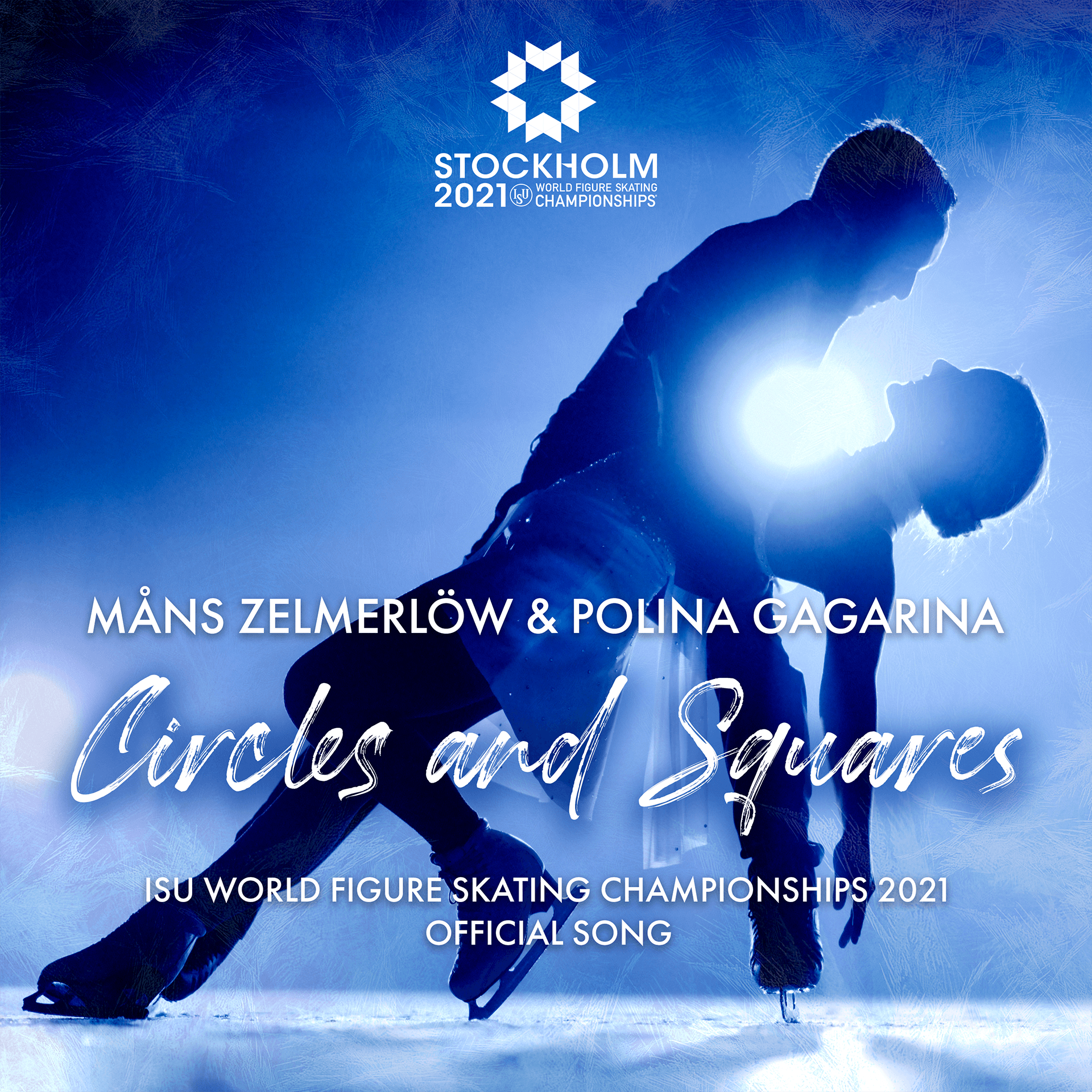