The Ericsson Globe is the largest spherical building on Earth and took two and a half years to build. Shaped like a large white ball, it has a diameter of 110 meters (361 feet) and an inner height of 85 meters (279 feet). The volume of the building is 605,000 cubic meters (21,188,800 cubic feet). It has a seating capacity of 16,000 spectators for shows and concerts, and 13,850 for ice events. Ericsson Globe opened in 1989. A symbol both for Stockholm and Sweden, this is the arena that has hosted almost all major events during the past decades.

Ericsson Globe is the national arena for the Swedish national hockey team. This is the arena where Sweden won the hockey world championships (2013), the European handball championships (2002), where Nelson Mandela held a speech in 1990 and where world-class artists like U2, Bruce Springsteen, Lady Gaga and Beyoncé have performed sold-out events. The heavy rockband Metallica set the attendance record on May 7th, 2018: 17 303 fans visited Ericsson Globe.

Skyview is the world-class attraction that takes you to the top of the Ericsson Globe. From the apex 130 meters (425 feet) above sea level, you get a fantastic view encompassing all of Stockholm. The two SkyView gondolas depart every 10 minutes, and the entire visit takes about 30 minutes.

The Ericsson Globe represents the Sun in the Sweden Solar System, the world’s largest scale model of the Solar System. 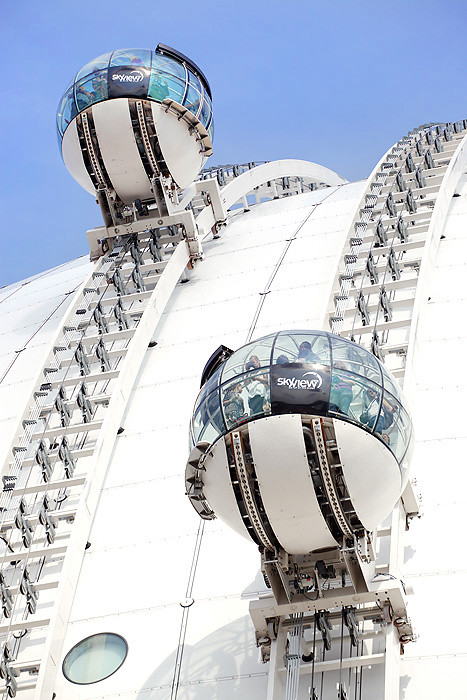